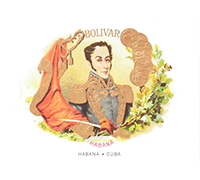 The Bolivar Soberano Cigar is one of the three Limited Editions released in 2018, together with the Romeo y Julieta Tacos and H. Upmann Propios. It is characterised by its Maduro dark wrapper and the unmistakable Bolivar flavour.

The Bolivar Soberano Edicion Limitada 2018 has an ageing of 9 months, 140mm long and a ring gauge of 54.

The Bolivar Soberano Limited Edition 2018 was presented in Hong Kong on the 19th and 20th of November. Its vitola called “Duke” has never been produced before by Bolivar.

Bolivar was founded in 1902 in La Habana and it was named after Simon Bolivar “El libertador”. Its flavour and strength are remarkable, symbolising the values of Simon Bolivar. The tobacco comes from the Vuelta Abajo region in Cuba and it is one of the most demanded cigars by cigar experts. You will find the Bolivar Soberano Cigar at the Montefortuna Online Cigar Boutique. 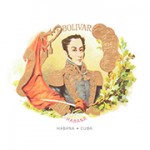